THE CITY MUNICIPALITY OF VOZDOVAC

Vozdovac, one of seventeen Belgrade municipalities, is the southern gate of Belgrade. It connects the old downtown with the suburban settlements. To the south of it there are the Avala Mt., villages and settlements underneath the Avala Mt. next to the European corridor – the Belgrade – Nis Highway. It was opened to traffic in 1963, with one, and in 1977, with two separate lanes, bringing Vo`dovac Municipality to the international arterial road and carrying on the tradition initiated after the First World War, when the Avala road was constructed as the first road with two lanes in the Kingdom of Yugoslavia, intended for automobile traffic.

In the second half of the 20th century, in the territory of this City Municipality, outside its up-to-then urbanized part – the old Vozdovac, Pasino brdo-Hill, and Dusanovac – new urban settlements were constructed: Sumice, Konjarnik, Braca Jerkovic, Medakovic, Banjica, Kumodraz and, as the latest one – the settlement of Stepa Stepanovic, completed in December 2012. This residential and business complex with supporting facilities on the space of the former barracks was designed for 13,300 inhabitants and it is the largest residential settlement in Serbia constructed in the past three decades. Well connected with the center of Belgrade, all those Vo`dovac settlements offer comforts of living in a natural environment with abundance of greenery, free space, and landscaped parks. 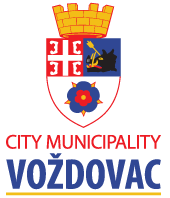